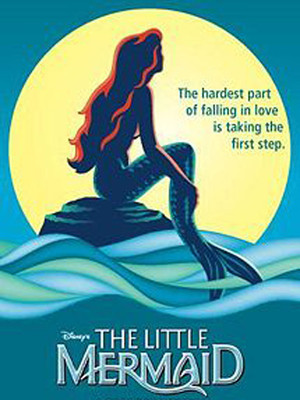 Venture under the waves with Ariel, Flounder and Sebastian, with Disney's glorious musical

Why See Disney's The Little Mermaid?

Swap your socks for fins this coming Fall!

The 5th Avenue Theatre kicks off their 2016/17 show season with this gorgeous, full-scale production of The Little Mermaid, as seen on Broadway! Directed by Glenn Casale with music from Alan Menken, join Ariel, a feisty and adventurous mermaid princess as she follows her heart's desire to explore the world above the waves, much to the chagrin of her dad and friends Sebastian and Flounder. But beware Ursula the sea witch, who sees Ariel as her ticket to conquering the ocean! With the best-loved tunes "Under The Sea" and "Kiss The Girl"!

What is it about?

Based on the 1989 smash hit movie that kick-started the Disney Renaissance, The Little Mermaid takes Hans Christian Anderson's tragic fairytale and gives it the ubiquitous Disney twist. Ariel is a lively but bored mermaid princess who feels smothered by her father's hatred of all things human. After sneaking to the surface, she witnesses a disastrous shipwreck and rescues the handsome Prince Eric from drowning. Smitten by the handsome man, she is determined to win his love, and makes a desperate deal with the devious sea witch Ursula to trade her fins for legs (and her beautiful voice), in order to pursue him on land.

However, Ursula has her eyes on King Triton's crown, and sees Ariel as her ticket to the oceanic throne. When the prince starts falling in love with Ariel, she sets out to claim him for her own, and win the throne at any cost.Can Ariel and Eric defeat her dastardly plan?

With a shimmering set, innovative mer-costumes and the glorious score by Alan Menken including Kiss the Girl and Part of Your World, be transported to the watery world below the waves and rediscover your love of all things mermaid!

Sound good to you? Share this page on social media and let your friends know about Disney's The Little Mermaid at 5th Avenue Theatre.