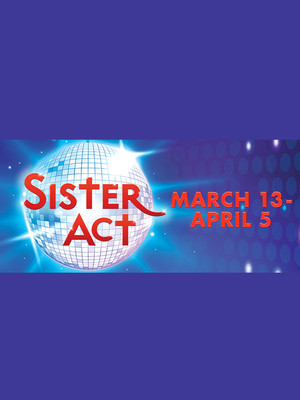 Who could resist the vision of a stage full of saintly sisters flaring their gams in unison like the Rockettes, or swiveling their hips, Supremes style, to the silken beat of an R&B tune?

The distinctive worlds of disco and gospel collide in the classic feel good musical Sister Act. Based on the 1992 smash hit feature film starring Whoopi Goldberg, the tuner leapt from the screen and onto the stage on the West End in the summer of 2009 with an uplifting score by 8-time Oscar-winning musical theatre legend Alan Menken and now makes its way Seattle's 5th Avenue Theatre for a strictly limited three week run in the spring of 2020.

Choral song and dance numbers including Take Me To Heaven, Sunday Morning Fever and Raise Your Voice punctuate the tale of nightclub singer Deloris Van Cartier, who is placed in witness protection when she witnesses a murder committed by her violent gangster boyfriend. Given a holy new guise, she is set up as a nun in a California convent where her vibrant and bubbly nature upends the lives of the quiet nuns around her, adding a dash of mad cap adventure and disco sparkle wherever she roams.

Sound good to you? Share this page on social media and let your friends know about Sister Act at 5th Avenue Theatre.