Sorry! You missed Foreigner at Angel of the Winds Arena 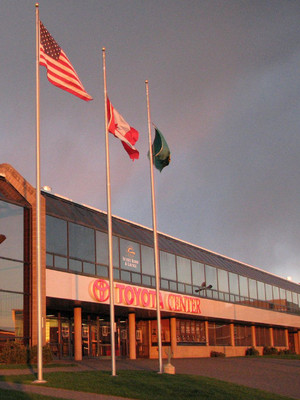 You can catch Foreigner at Toyota Center in Kennewick, showing Sep 22, 2021

Foreigner is also touring to:

You are viewing a past performance of Foreigner

You can catch Foreigner at the Toyota Center, showing September 22, 2021

Celebrating over 40 years in the 'biz!

Iconic Eighties' hitmakers Foreigner return once more, bringing the best of their phenomenal catalog audiences across the US. Led by English guitarist and songwriter Mick Jones, the British-American band knows a thing or two about creating epic rock'n' roll anthems and power ballads; with a whopping 10 multi-platinum albums to date, they continue to sell out shows and tours.

These albums have spawned hits that include the international number one hit 'I Want To Know What Love Is', 'Cold as Ice' and 'Waiting For A Girl Like You'. Although these songs were written and recorded in the late Seventies and Eighties, the Billboard Chart success of their later material and numerous Best Of albums is a testimony to the band's enduring legacy.

whitesnake was good.. foreigner was perfect! go mick jones!!! besides the... more

What a show! Foreigner was awesome. The lighting effects for “Starrider”... more

Sound good to you? Share this page on social media and let your friends know about Foreigner at Angel of the Winds Arena.