Sorry! You missed Kenny G with the Seattle Symphony at Benaroya Hall 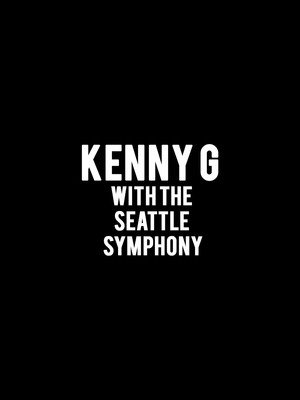 Kenny G with the Seattle Symphony

The regent of the smoothiverse

Why See Kenny G with the Seattle Symphony?

If the spate of over stimulating Christmas-time Nutcrackers and Christmas Carols leave you yearning for something a little more smooth, soulful and sophisticated, then the Seattle Symphony has the antidote! The world class ensemble invites Seattle's very own curly-haired King of Easy Listening Kenny G to perform hits from throughout his stellar three-decade-spanning career, just in time to kick off the holiday season in style.

Showing prodigious talent from a young age, the iconic performer first landed a gig as part of Barry White's backing band at the tender age of 17. Rising through the ranks throughout the 70s, he launched his solo career in 1982 and never looked back. 24 albums, a Grammy and many romantic anthems later, the saxophonist has established himself as the top-selling instrumental artist of all time. Don't miss this chance to see the living legend do what he does best, with added orchestral backing!

Sound good to you? Share this page on social media and let your friends know about Kenny G with the Seattle Symphony at Benaroya Hall.