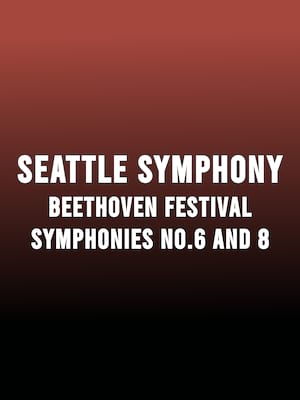 The dynamic and affable Danish maestro... commanded the rapt attention of both the musicians and the audience

A Celebration of Beethoven

In 2020 orchestras around the globe are set to mark the 250th year since the birth of Beethoven. Seattle Symphony form their own tribute with the Beethoven Festival, performing a number of special concerts heralding this momentous year. In June 18th and 20th the program continues with the pastoral Symphony No. 6 and Symphony No.8 as well as Potlach Symphony 2020, a project which brings together first nation artists from Puget Sounds with the Seattle Symphony.

Sound good to you? Share this page on social media and let your friends know about Seattle Symphony - Beethoven Symphonies Nos. 6 and 8 at Benaroya Hall.