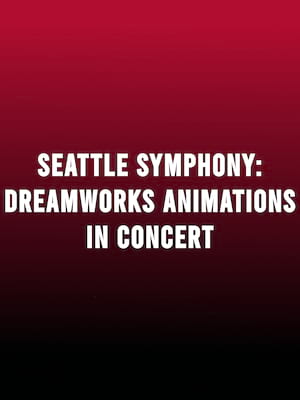 The [How To Train Your Dragon] scores pack the tunes you hear once, then spend a week humming to yourself.

The magic of DreamWorks brought to life!

Some of the most memorable, epic and haunting moments from the movies Shrek, Kung Fu Panda, How To Train Your Dragon, Madagascar and many more are brought to life by the Seattle Symphony Orchestra in June at DreamWorks Animation in Concert! Famous scenes from these timeless animated movies are projected in HD on the big screen while the orchestra performs the unforgettable soundtracks live!

The concert is a celebration of the fantastic music by composers such as Hans Zimmer, Danny Elfman, Harry Gregson-Williams and many others, who have provided the bedrock of musical emotions to accompany beautiful stories told across DreamWork's timeless catalogue. Conductor Justin Freer is no stranger to working with music for screen, having himself composed music for a number of 20th Century Fox productions, including campaigns for Avatar and Dragonball Evolution.

Sound good to you? Share this page on social media and let your friends know about Seattle Symphony - DreamWorks Animation in Concert at Benaroya Hall.