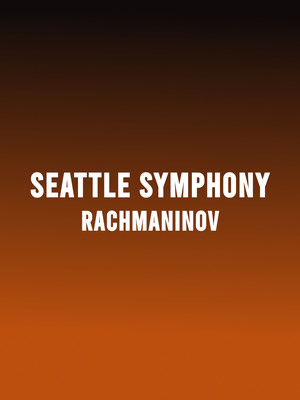 The first movement hurtled through like the Feddeck express, and he handled the jack-in-the box dynamics of the scherzo with such composure that the forte explosions had the force of genuine surprise.

Seattle Symphony's Masterworks series sees a rendition of Sergey Rachmaninov's hauntingly beautiful Symphony No. 2 in November, conducted by James Feddeck. Plagued by a lack of confidence after poor reviews of his Symphony No. 1, Russian composer Rachmaninov overcame a personal battle with self-doubt to produce a true masterpiece with this second symphony, rapturous and delicate in equal measure with no shortage of truly spine-tingling moments.

The concert will also feature a performance of Pacific Northwest composer Angelique Poteat's new Cello Concerto, as well as Four Sea Interludes from Benjamin Britten's Peter Grimes opera. Conductor James Feddeck has been described as one of the most exciting conductors of today, with recent debuts with the Hall Orchestra and San Francisco Symphony under his belt to wide acclaim.

Sound good to you? Share this page on social media and let your friends know about Seattle Symphony - Rachmaninov at Benaroya Hall.