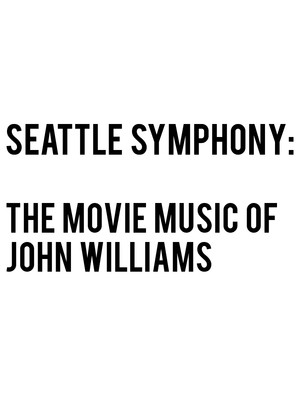 "So much of what we do is ephemeral and quickly forgotten, even by ourselves, so it's gratifying to have something you have done linger in people's memories."

Why See Seattle Symphony: The Movie Music of John Williams?

The composer of some of the 21st Century's most recognizable film scores, including Jaws, ET, Harry Potter, Indiana Jones. Star Wars Episode VII and many more, join conductor Lawrence Loh as pays tribute to John Williams, with the Seattle Symphony Pops.

Expect thrilling renditions of the legendary composer and conductor's most cherished works. In a career spanning six decades, John Williams' film scores are among the most recognizable pieces in popular culture. Expect blockbuster performances from the Seattle Pops and a rousing evening in tribute to the 21st Century's most celebrated composers.

Seen Seattle Symphony: The Movie Music of John Williams? Loved it? Hated it?

Sound good to you? Share this page on social media and let your friends know about Seattle Symphony: The Movie Music of John Williams at Benaroya Hall.