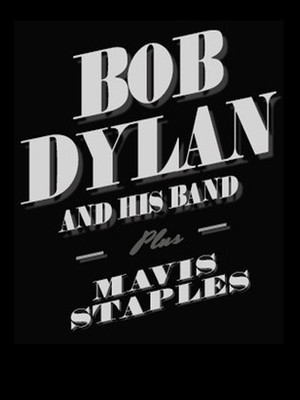 The two legends embark on an extensive tour

"It was the most mysterious thing I'd ever heard." That was how Bob Dylan described hearing The Staple Singers for the first time in 1953. Later he struck up a friendship/romance with Mavis Staples, and even proposed to her, but she turned him down. The two artists have remained friends ever since however, with Mavis cropping up on Dylan's 1979 album Slow Train Coming, and in 2016 they're heading out on a joint tour.

Both icons of the 1960s, Dylan and Staples are still vital and evolving artists to this day. This tour comes in support of Bob's new record Fallen Angels, while Mavis's new album Livin' On A High Note is a sunny burst of optimism boasting songs written by Justin Vernon, Neko Case and Nick Cave. Catch plenty of new cuts alongside all the classics when this tour hits Chateau St Michelle in Woodinville, WA, Closed June 5, 2016

Sound good to you? Share this page on social media and let your friends know about Bob Dylan & Mavis Staples at Chateau St Michelle.