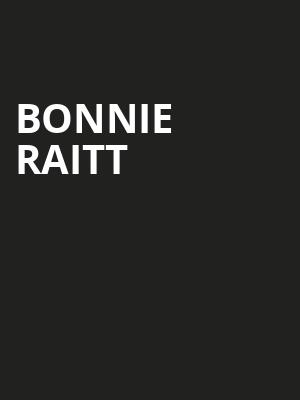 This lady should really be known as the Comeback Kid; long time the critic's darling, she bounced back from near musical oblivion and substance abuse issues in the Eighties to become one of pop rock's biggest icons. And this year, she's back, hitting the road with her longtime touring band.

Having started her career during the 1970s, Raitt released a series of acclaimed roots-influenced albums which incorporated elements of blues, rock, folk and country, but she is perhaps best known for her more commercially accessible recordings in the 1990s including "Nick of Time", "Something to Talk About", "Love Sneakin' Up on You", and the slow ballad "I Can't Make You Love Me".

Following her comeback album 2005 Souls Alike, she took a hiatus following the death of her parents and best friend; not to be beaten, her 2012 album Slipstream saw it enter the Billboard 200 chart at number 6, with rave reviews.

Raitt has received nine Grammy Awards in her career and is a lifelong political activist, campaigning for environmental issues, providing musical instruments for underprivileged children, and against the expansion of nuclear power.

We waited a long time to see Bonnie Raitt and she did not disappoint. We... more

I love Ms. Raitt's music. She comes by it naturally. Her father was John... more

Sound good to you? Share this page on social media and let your friends know about Bonnie Raitt at Chateau St Michelle.