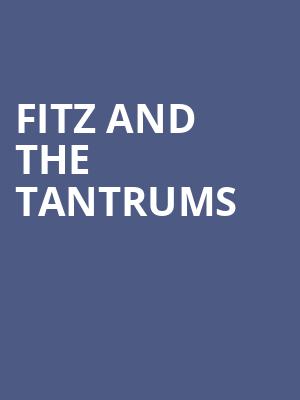 Fitz and the Tantrums

The chameleon pop group tour their new album, All The Feels

Why See Fitz and the Tantrums?

They Can Make Your Hands Clap

Always on the move, Fitz and the Tantrums 2019 album 'All The Feels' marked yet another evolution for the band. And now, only three years later, they can finally take it out on tour! Formed in 2008, the six-piece began life as horn-heavy Motown revivalists, then shifted gear toward Human League-esque electro-pop with their new album, Head Up High. For their latest reinvention, they've focused their attention on pulsating, dance-music inflected pop. Think Maroon 5 with a bit more bite.

You only have to look to the success of their single 'Handclap' which has been streamed millions of times on Spotify and Youtube. Now they're back with new material and a brand new album. Always a fun and high energy show, join Fitz and the Tanturms in 2022 on their tour, joint with none other than St Paul & The Broken Bones!

Sound good to you? Share this page on social media and let your friends know about Fitz and the Tantrums at Chateau St Michelle.