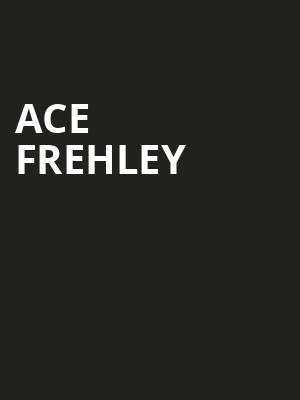 The man who influenced several generations of musicians.

Some rock'n'roll fans might be more familiar with Mr Frehley when he's decked out in the iconic black and white face paint of Glam Rock gods Kiss... Yet the lead axeman of one of the 20th century's most recognisable bands has been doing his solo thing for quite some time now, and doing it well - his first solo offering hit platinum! Ranked as one of the Greatest Metal Guitarists of All Time, this living legend still has the metal chops.

Frehley's relationship has been on-and-off again since he first left the band to pursue ohter ambitions, yet there's no denying his creative input helped shape the band's sound. Underneath the drama and controversy, the mudslinging and ill will, Frehley's music emerges unscathed. His flaming licks and virtuosic shredding speak volumes.

It was a trip having seen Gene Simmons a few months back with pretty much... more

Sound good to you? Share this page on social media and let your friends know about Ace Frehley at Everett Theatre.