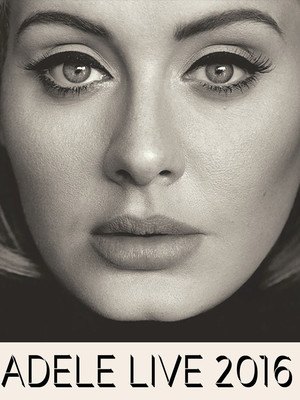 Reigning Queen of Pop Adele heads out on Tour

A superstar in every sense of the word, Adele is the millennial's closest link to the divas of yesteryear. Her powerhouse vocals are ubiquitous nowadays, what with her debut album 19 hitting multiple platinum in both the UK and US in 2008, second album 21 hitting number one in 26 countries and countless award wins (including an Academy Award for Bond theme Skyfall and a whopping 10 Grammy Awards).

The soulful songstress continued her benevolent reign of world domination with the 2015 release of her third studio album 25, breaking a myriad first-week sales records. It features the lead single that got everyone talking 'Hello', a lovelorn anthem that showcases the emotional power of her supreme vocal pipes. Bask in the glow of this global phenomenon as she heads out on a world tour in 2016, coming to in Key Arena in Seattle, WA, Closed July 26, 2016

Seen Adele? Loved it? Hated it?

Sound good to you? Share this page on social media and let your friends know about Adele at Key Arena.