Sorry! You missed Edward Sharpe and The Magnetic Zeros at Marymoor Amphitheatre 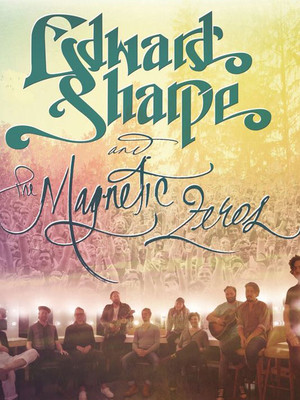 Edward Sharpe and The Magnetic Zeros

Celebrating 10 years since their debut!

Why See Edward Sharpe and The Magnetic Zeros?

LA-based indie-folk ensemble are celebrating 10 years since their folk-rock debut 'Up from Below' (including international hit single 'Home') this year, and you're invited to the party! The first band to be signed to Gentlemen of the Road, Mumford and Sons' own record label, the 10 person troupe lead by Golden Globe winner Alex Ebert, draw their musical influences from roots rock, folk, gospel, and psychedelic music, which evoke the peace-loving hippie movement of the 1960s and 1970s for those of us who missed Woodstock.

Despite last releasing an album in 2013, the collective continues to tour to huge crowds and make regular appearances at festivals. Here's hoping this latest jaunt promises more new music from the eclectic outfit.

Seen Edward Sharpe and The Magnetic Zeros? Loved it? Hated it?

Sound good to you? Share this page on social media and let your friends know about Edward Sharpe and The Magnetic Zeros at Marymoor Amphitheatre.