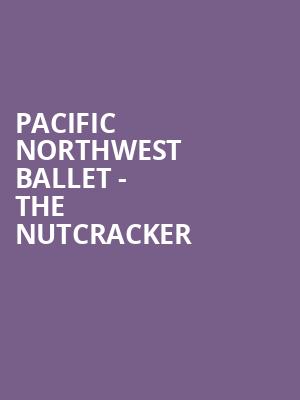 The Festive Season just wouldn't be the same without the extraordinary tale of Marie and her Nutcracker Prince! Pacific Northwest Ballet is proud to once again present their take on the age old Christmas classic in the form of George Balanchine's The Nutcracker.

Balanchines' Nutcracker is perhaps the most popular stage version of the story and first premiered in 1954 to rapturous acclaim. It makes use of more child performers than any other choreography, with young dancers taking on the principal roles of Marie and the Prince. This show is far more than just a staged ballet, it's a time-honoured tradition that's adored, for it's glorious melding of elegant dance forms and a spell-binding score, by adults and children alike.

What is the Nutcracker About?

When Marie creeps down in the dead of night to check on her broken toy, the clock strikes midnight and The Nutcracker, along with a host of other characters, comes to life! A whole new world blooms before her, one in which the Sugar Plum Fairy reigns over the Land of Sweets and the Mouse King's armies wreak havoc...

Suitable for the whole family! Please be aware that the Act One battle with the Mouse King may be frightening to younger children, so parental discretion is advised.

Two hours, with one intermission

Seen Pacific Northwest Ballet - The Nutcracker? Loved it? Hated it?

Sound good to you? Share this page on social media and let your friends know about Pacific Northwest Ballet - The Nutcracker at McCaw Hall.