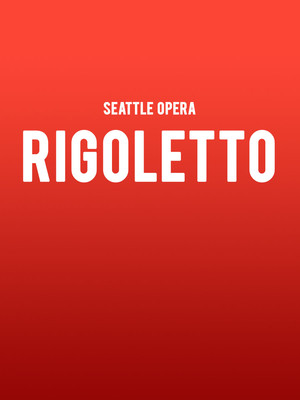 A wicked tale of wicked men

Power, politics and personal ambition collide in Verdi's masterpiece for the ages. Based on the 'Le roi s'amuse' by Victor Hugo, a tale of scandal and betrayal plays out against a backdrop of greed and corruption as the court jester Rigoletto attempts to exact his revenge on his lusty employer. But Rigoletto's success is shortlived as unforeseen tragedy threatens to upend everything he has worked for.

What is the story of Rigoletto?

The ultimate tale of jealousy, vengeance and sacrifice, Rigoletto follows the misfortunes of its titular character. A clown in the court of the Duke of Mantua, he's extremely skilled at humiliating courtiers, much to the amusement of the Duke. Yet, when his sharp tongue goes too far and the Duke seduces his daughter Gilda, a spiral of devastation threatens to consume them all, leading to a fiery and heart-stopping finale.

Sung in Italian with English subtitles

Two hours and 30 minutes with one intermission

Photo by Annie Spratt on Unsplash

Daniel: “Made me wonder why I dressed up”

Would not recommend it. Opera is supposed to be a classy event and this... more

Sound good to you? Share this page on social media and let your friends know about Seattle Opera - Rigoletto at McCaw Hall.