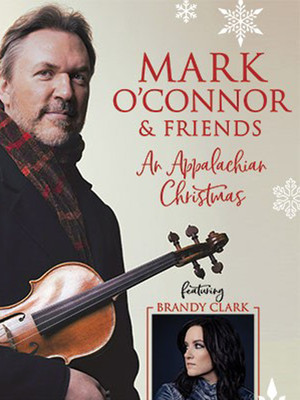 Mark O'connor Is Joined by Friends to Celebrate the Holidays

Mark O'Connor was a child prodigy who, at the age of only 13 was already an award-winning musician. The American violinist effortlessly blends together the genres of jazz, classical, bluegrass and country to create his original compositions, arrangements and symphonies.

O'Connor has received many accolades including winning the National Oldtime Fiddler's Contest in Weiser, Idaho four times in a row from the years 1979 to 1984 and three Grammy Awards for two of his albums and one for a performance in 1991.

Sound good to you? Share this page on social media and let your friends know about Mark O'Connor at Moore Theatre.