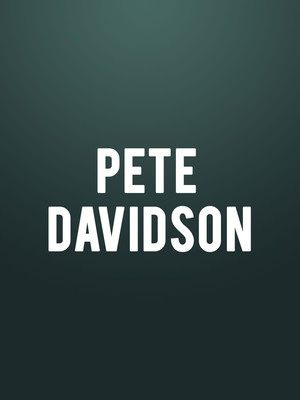 But while Mr. Davidson projects a slow-tempo innocence, it's married to a profound, sad wisdom.

There's no denying that his rough ride with the headlines, social media followers and relationship drama with a certain chart-topping pop star are the first things that come to mind at the mention of Pete Davidson's name. But at the age of 20, the American comedian became youngest ever SNL cast member to take up the honor of improvising and carousing with cast members and famous guests. His achievement comes off the back of an innate sense of comic timing and razor-sharp observational humor that speaks directly to the millennial Instagram set.

Riffing on his stoner adventures and always making himself the butt of the joke, Davidson pulls off his heavy-lidded, almost sleepy self-deprecation thanks to an undeniable charisma that makes him mesmerizing to watch.

Sound good to you? Share this page on social media and let your friends know about Pete Davidson at Neptune Theater.