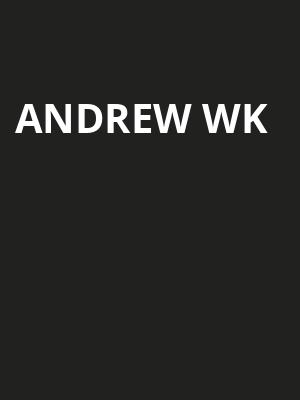 The party rockers returns with anthems to spare

You Are Not Alone with Andrew WK

An Andrew WK concert is the greatest party you'll ever attend. The rocker's brand of big, catchy, and ever-so-slightly ridiculous party metal has won him legions of fans, and though it treads the line between cheesiness and hyper-earnest, lots of critical acclaims. This year sees him hitting the road on tour, where he'll bring all his hits to a town near you!

His upcoming album, 'God is Partying', is set to be released later this year. Expect to hear his new material alongside older classics like 'Party Hard' when he takes to the stage in his trademark white t-shirt and trousers. And prepare yourself for a real good time.

Sound good to you? Share this page on social media and let your friends know about Andrew WK at Neumos.