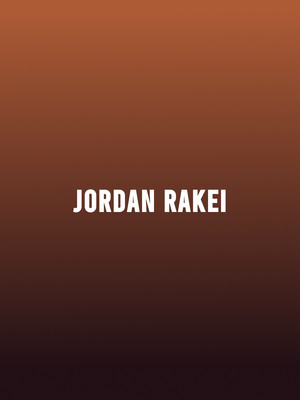 it's with his latest, impressive set that vocalist, multi-instrumentalist and producer Jordan Rakei is coming into his own.

Jordan Rakei heads out on US tour

New Zealand-born, UK based neo-soul artist Jordan Rakei is heading out on tour across the US and Canada this fall, bringing his excitingly fresh sound blending soul, jazz and electronic music to American shores. Topped out with silky smooth vocals, Rakei's output has gained him a fanbase which includes the likes of seminal figures such as Robert Glasper and Nile Rodgers, while frequent collaborators include Loyle Carner and Tom Misch, two other artists making new waves on the scene.

Shortlisted in the 2017 Australian Music Prize (Rakei was raised in Brisbane) and named in 2019 as 'One To Watch' by The Guardian, this tour is likely to be one of the last chances to see Rakei in relatively intimate venues, as his star continues to rise. Kicking off October 24th at Neumo's in Seattle, the three-week stint ends at Brooklyn NY's Music Hall of Williamsburg on November 14th.

Sound good to you? Share this page on social media and let your friends know about Jordan Rakei at Neumos.