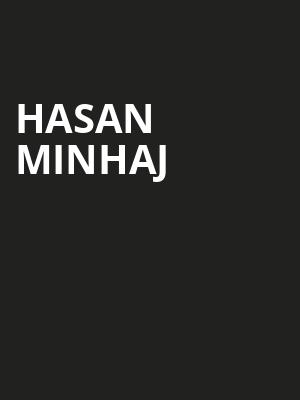 One of the most authentic voices to come onto the storytelling scene in years. Above all else, Hasan is a master storyteller.

Former Daily Show correspondent and now host of Patriot Act with Hasan Minhaj, the last few years have seen Minhaj gain the popularity he deserves as a comedian and political commentator. Known for his unflinching (and hilarious) style that picks apart race, identity, society and the current state of American culture, don't miss him live in 2021, when he brings his brand new show 'The King's Jester' to a town near you.

Minhaj's last comedy show, Homecoming King, received rapturous reviews from New York critics, including NPR who called it a "roller-coaster ride," and praised Minhaj as "a charming, energetic comedian and an absorbing storyteller". Yet another achievement from a comedian who has gone from supporting roles in Chelsea Lately to being one of the country's most talked-about talents.

Sound good to you? Share this page on social media and let your friends know about Hasan Minhaj at Paramount Theatre.