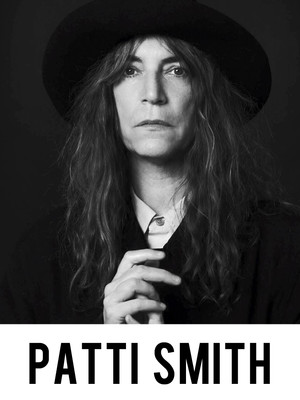 The mother of punk rock hits the road once again

Patti Smith is one of punk's founding figures. She emerged, wiry and tousle-haired, in 1975, with her Tom Verlaine assisted and John Cale produced debut record Horses. A wildly ambitious and forceful album of free form poetry set against a backdrop of new wave guitars, it immediately established Smith as a truly singular artist.

Throughout the rest of the 70s, her music shifted towards a more mainstream rock sound, with her 1978 single 'Because the Night', co-written by Bruce Springsteen, marking her commercial peak. In the years since, she's continued producing acclaimed albums (her most recent effort was 2012's Banga), assembled art exhibitions and written her memoirs.

Sound good to you? Share this page on social media and let your friends know about Patti Smith at Paramount Theatre.