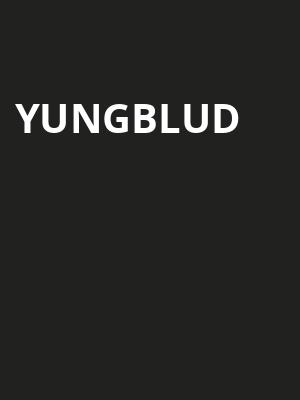 Alt-rock, hip-hop, grime, ska, pop, reggae you name it, he's dabbled in it. Add to that a woke worldview, a young and loyal fanbase, as well as undeniable talent, and you've got a truly modern pop star in the making.

a solo rock and roll rebel

Yungblud is one of the latest British artists to watch! He is slowly rising to superstardom ever since his music first started circulating in 2017, followed closely by his debut album, '21st Liability', and an on-off relationship with fellow artist Halsey. The alternative rock musician hails from the small English town of Doncaster - though you'd never guess this judging by his 'live fast, die young' rock 'n roll attitude! Catch him on his largest tour to date when he brings the Life on Mars to you!

Aesthetic Magazine described '21st Century Liability' as providing "a glance into his own self-perception as someone who's not afraid to voice their opinion, no matter the political unease this may stir up in the process." Strife Magazine noted how "though he's charismatic and youthful, there's maturity and wisdom that no doubt comes from his own path through adolescence. His observational skills about the world and social issues leave me and I'm sure many wondering, Where has this artist been hiding?"

Loved the energy and how he interacts with his family fans amazing concert... more

I was on a mission to see yungblud after covid cancelled the show at ace... more

Sound good to you? Share this page on social media and let your friends know about Yungblud at Paramount Theatre.