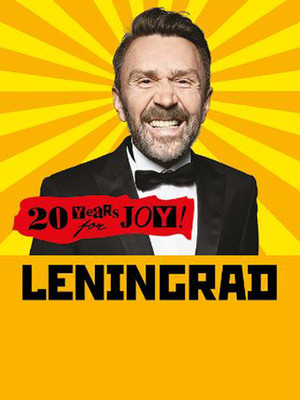 An exuberant explosion of folk, punk and ska, Leningrad have been one of Russia's must see bands for two decades now. Hailing from St Petersburg, and led by frontman Sergey Shnurov, the band have experimented with every genre under the sun over their career, constantly changing their sound and line-up, but still keeping their anarchic spirit burning bright. They're also known for their incredible music videos, such as the circus bloodbath in reverse that accompanies 2017's 'Kolshik'.

This year sees them paying a rare visit the US, giving fans a chance to catch the band in the flesh, and rowdily sing a-along to classics like 'Obezyana i Orel,' 'Exponat,' and 'Ochki Sobchak.'

Sound good to you? Share this page on social media and let your friends know about Leningrad at Showbox SoDo.