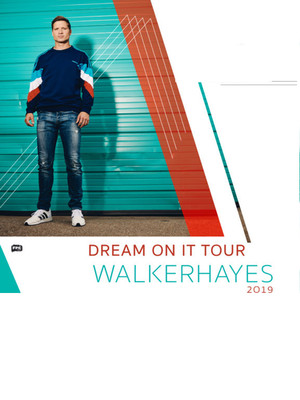 Dream On It Tour

Country music's rising star has taken form in Alabama born Walker Hayes. A story of never giving up, Hayes embarks on a huge US tour in 2019 as he heads out on his Dream On It tour! With 2018 featuring follow up hits 'Craig' and '90's Country' from the crooners massive 2017 single 'You Brok Up With Me', 2019 looks set to be the star's biggest year yet.

After a failed record deal and a stint working in Costco, Walker Hayes rise was the feel-good story of 2017 when the star re-launched his music career with the now multi-platinum single, You Broke Up With Me. Sending the 38-year old into super-stardom, You Broke Up With Me garnered Haye's a new legion of fans. As we hotly anticipate a new album in 2019 don't miss your chance to see Walker Haye's live!

Sound good to you? Share this page on social media and let your friends know about Walker Hayes at Showbox Theater.