Sorry! You missed The Raconteurs at WaMu Theater 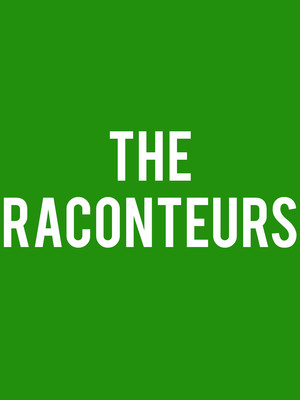 The Raconteurs are back with a brand new album and tour!

Why See The Raconteurs?

Alt-rock legends The Raconteurs return to the road this year as they present their brand new album, Help Us Stranger. Their first album since 2008's Consolers of Lonely, Help Us Stranger sees the Jack White-fronted band reunite after a long and desolate hiatus.

The Raconteurs first burst onto the music scene with their debut album Broken Boy Soldiers in 2006. This first full-length album (which included iconic hit Steady As She Goes) saw the four-piece hit the number two spot in the UK charts as well as hitting the top ten in the US. Catapulted into super-stardom The Raconteurs released their second album, Consolers of the Lonely in 2008 which mirrored their first album's huge success and earned the group a Grammy award. However, all was not well as the group announced that they would be taking a break with no confirmed return. Thank goodness that the boys seemed to have worked through it and are now back with brand new music!

Purveyors of heavy guitar riffs and booming drums The Raconteurs are the princes of alt-rock, don't miss your chance to see the lads return with their brand new tour!

Excellent concert!!! It was the bomb!!!! more

The Raconteurs put on a fabulous show on Saturday night, they were all... more

Sound good to you? Share this page on social media and let your friends know about The Raconteurs at WaMu Theater.