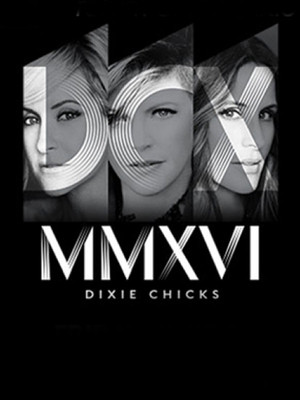 No longer just a band, these ladies have reached country icon status!

Finally emerging from the freeze-out following a certain 2003 anti-war speech made in London, the Dixie Chicks are back in full-force and are set for a huge world tour! Natalie Maines, Emily Robison and Martie Maguire have since embarked on solo projects and motherhood, but the call of the stage beckons. The end of the wilderness years may have tentatively started in 2007 with their staggering five Grammy Award wins, but now the ever-defiant trio are set to prove why they are the foremost outspoken female country act beloved the world over.

DCX MMXVI World Tour will be their first nationwide tour in a decade, finally putting to the rest the controversy that saw their career stall after the fateful London concert. Their last live album was 2010's Essential Dixie Chicks, a compilation of their greatest hits, released to rave reviews. More than just a band, these superstars, mothers and renegades have transcended into icon status, with other 30 million albums sales and now the biggest selling female band of all time in American music history.

Sound good to you? Share this page on social media and let your friends know about Dixie Chicks at White River Amphitheatre.