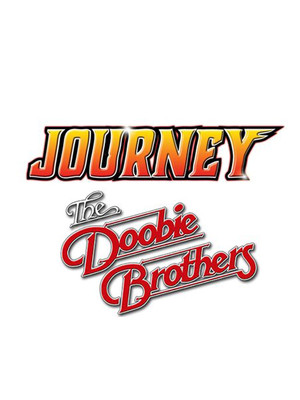 It is going to be a powerful tour. We can't wait to share it with the fans!

Why See Journey & The Doobie Brothers?

Two huge classic rock acts are joining forces for a mammoth 50-city US-wide tour in 2016. Journey welcome back ex-drummer Steve Smith who last performed with them in 1998, whilst The Doobie Brothers see Bill Payne from Little Feat complete their lineup. Both certified 'diamond' recording artists, the two acts share an enviable history of platinum record sales and longevity, with the latter having performed for four decades.

Journey's Greatest Hits album was ceritified a staggering 15-times platinum, and remain an icon of rock. They are famed for releasing enduring favorites including Lovin, Touchin', Squeezin', Faithfully, Lights, Any Way You Want It," and of course, the biggest selling digital catalog single in history, Don't Stop Believin', made popular by hit TV series Glee.

The Doobie Brothers in turn have sold more than a staggering 48 million albums, winning four Grammy Awards in the process. Their biggest hits include Black Water and What a Fool Believes, both winning gold certification during the 1970s.

Both bands will be joined by Dave Mason band, the leader of whom has spent more than 50 years in the music business.

Sound good to you? Share this page on social media and let your friends know about Journey & The Doobie Brothers at White River Amphitheatre.